Physics is a notoriously difficult subject, and AP Physics in particular can be intimidating, to say the least. It deals with a lot of unintuitive concepts, formulas with multiple variables, and math that can be difficult if you haven’t taken associated courses. However, if you refuse to be scared away and focus on understanding the concepts and the equations, you should be completely fine with the AP Exam.

While technically you could take all four of these over your high school career, it’s best to choose just one or two based on what your college goals are, how much math you’ve taken, and what you’re interested in.

AP Physics 1 and 2 require a background in algebra, meaning you should have taken math classes through at least geometry, although if you haven’t already taken Algebra II, it would be best to at least take Algebra II at the same time. In every AP Physics class, the better you are at math, the better you’ll probably do on the test. AP Physics 1 covers Newtonian and rotational mechanics, mechanical waves, and some simpler electrical circuits. It does not require any prerequisite physics courses, although you’ll probably do better if you took an introductory course first.

AP Physics 2 is meant to act as a continuation of AP Physics 1, meaning you definitely should have taken another physics class before tackling this one—if not AP Physics 1, then at least a comprehensive introductory course. It covers thermodynamics, fluid mechanics, electricity and magnetism, optics, and modern physics—all topics that tend to be more difficult and advanced than topics in AP Physics 1. That means that even if this test sounds more interesting to you, you should take AP Physics 1 first.

AP Physics C is also broken down into two different tests: Mechanics, and Electricity and Magnetism (abbreviated here as E&M). However, unlike AP Physics 1 and 2, you can either take these as separate classes, or as one continuous class, with Mechanics the first semester and E&M the second semester. There are still two separate tests, but you can take them back-to-back in the May of one school year. AP Physics C is different mostly because it uses calculus to solve problems, not just algebra. If you haven’t taken calculus already, you should at least plan to take AP Calculus AB or BC at the same time. Once again, the better you already are at calculus, the easier physics will be for you.

Which AP Exam should I take?

The question of which AP Physics tests to take, if any, depends on multiple factors—how much math you’ve taken, your abilities and interests, what your school can offer, and what colleges you hope to go to. Let’s walk through these factors one by one.

Do you have the math skills?

What do you want to study?

Which exam is available to you?

Where do you want to go to college?

Finally, before signing up for an AP Physics class, make sure you do some research on your prospective colleges. The harder the exam, the more likely you are to get college credit for it, as a general rule. Following that, some colleges will give you credit for introductory physics for passing AP Physics 3, while others will only give you credit with a 5, and still others (like MIT) won’t accept it at all. Because AP Physics C uses calculus and thus follows college physics courses more closely, colleges are more likely to accept a passing score of 3 on this exam. However, even if your top colleges don’t take credit, this doesn’t mean you shouldn’t take the class! A good AP Physics class can boost your performance in college physics courses. Additionally, it can tell you whether you even want to pursue physics in college, although don’t forget—AP classes always have idiosyncrasies that make them very different from most college courses.

I’m already in an AP Physics class. What will the exam be like?

AP Physics is notoriously unintuitive, which means that the equations should be your priority for every question. Never try to approach a problem with logic alone unless you have no idea which equation to use. The creators of the test delight in creating situations where your common sense and the equations will give you different answers. Because you aren’t given a formula sheet, you should start trying to memorize the formulas as soon as you can.

However, you also can’t forget about the concepts. Many people, especially those who are already good at math, find themselves in trouble when they try to ignore the concepts and focus solely on the math. The questions on the exam are not straightforward—they emphasize word problems and relationships between multiple concepts, so pure memorization is not going to cut it. It’s helpful if you can try to base your understanding of the concepts off of the equations, rather than relying on intuition. Try to tell yourself stories for every equation to remind yourself what each variable means and how they interact. If you don’t understand the formulas, you won’t be able to figure out which one to apply for a particular question.

People often panic when they can’t understand why things in physics are the way they are. While this instinct is understandable, it won’t help you. The sooner you can let go of common sense, the better. AP Physics is all about developing skills. By doing practice problems and considering lots of different scenarios in which you should use specific formulas, you will build a new, trustworthy intuition to rely on.

Overall AP Physics is a challenging concept but also interesting and useful if you plan to pursue a STEM Major. There are 4 different AP exams so it’s important to figure out which course is right for you. Once you settle on a class, the exams can be unintuitive so you must memorize formula sheets and commit yourself to practice problems. Despite this rigorous workload, every year tens of thousands of students sign up to take AP Physics.

About the Author: Abby Clements is a senior at Swarthmore College in Pennsylvania. She is about to start a masters program in Neuroscience and Linguistics. She is a Gemini, a perfect ACT scorer, and a physics nerd.

Check out or new blog psot: How hard is AP® Calculus AB? 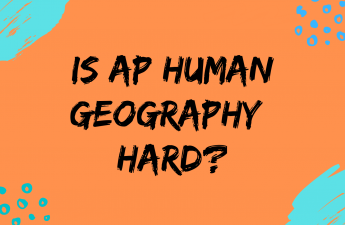 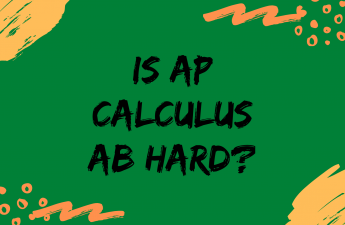 How hard is AP® Calculus AB? 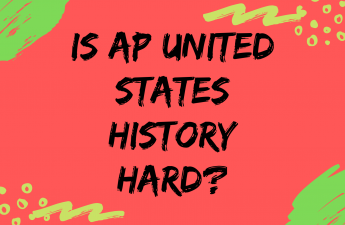 Is AP® US History Hard?

We are exceptional online SAT/ACT tutors and college counselors that develop a personalized strategy tailored to your child’s strengths and weaknesses. Our founder Adam Shlomi had an 800 in Reading and 770 in Math on the SAT — good for the 99th percentile on both sections, went to Georgetown University, and has been tutoring for five years. We also offer free tutoring to those in need; money shouldn’t stop someone from achieving their dreams.